In the previous post, we discussed how current trends and advancements have made the debate of film vs. digital one more of preference rather then quality. So in what way is digital superior to film? Well…

“Digital is better than film in…Accessibility!”

What?! Wait?! We’re expecting something more dramatic?! I’m sorry. But in all seriousness, whatever technical or personal reasons you may have to prefer one over the other, the simple truth is, we are now in a digital world. Take for example the following reports from rental houses (see if you can find one film camera):

So, for the majority of us (unless your name is Spielberg, Nolan, or Terrintino), by simple probability, the next camera you pick up will be digital. It is perhaps this, the accessibility of digital, that ultimately “killed” film.

I know, “I’ll miss film too!” I’ve always dreamt of shooting on film – loading the mag, exposing the stock, processing it , and finally the excitement seeing you image. Who knows, maybe one of these days I’ll still get that chance!

However, instead of focusing on the things lost, focus on the things gained! Digital has democratized filmmaking, making it possible for “normal ol’ folk”, like us, to pursue our passion!

There is an expression, “The best camera is the one you have with you”. I think this applies to film vs. digital. Ultimately, the camera, whether film or digital, is merely a tool. The “art” comes not from the tool but the mind that wields it!

The best way to maximize what you do have is to understand it’s capabilities and weaknesses and then use those to your advantage! So, let’s briefly discuss a few of those for the digital format:

Low Light Compared to film, this is where Digital really has no equal. The fastest film stock is what, 500 ASA?

Size/Weight  Can you imagine some of those awesome drone shots you’ve seen on Vimeo/Youtube being shot on film? “Yeah, if you shoot from a helicopter!”

The nimbleness of digital cameras have expanded the possibility of perspectives not possible or to expensive to achieve in the past. Think of the aforementioned drone shots, “doggy” shots, and GoPro action shots!

Recording Times  I am not a fan of letting the camera run endlessly “on and on, and on”, but, having longer record times has its benefits!

I find this especially useful when conducting interviews. This is the one time where I think letting the camera roll longer is beneficial. You can allow the subject to get comfortable, settle down, which will ultimately reveal the genuineness of the dialogue.

Audio  When shooting on film, you have no choice but to have a dual-system for recording audio (record images and audio on two devices and sync in POST),  not so with digital!

Digital allows us to be “one-man bands”! Now, I am not saying that audio quality is the same as when you have a talented audio technician and a dedicated audio recorder. However, in some instances it is absolutely acceptable to use camera-recorded sound.

Ease of Use  Digital can be as easy as picking your phone and, “pressing the big red button”. The learning curve is definitely much shallower than on film because the camera can do so much for you!

Manipulation/Delivery  Film has to be processed, cut, then projected, “where can you even find those these days?!” The most common practice is to digitize film (also known as digital intermediate), but that’s a whole another step.

With digital, there is an immediacy with which you can work the footage. You can start editing, grading, or whatever on the car ride home!

Cost For 11min of footage on film, it’ll cost you upwards of $800, not including processing. That’s approx. $72 per minute!

Digital allows us shoot minutes for mere cents, cents! And, you can always reuse the media for future projects! 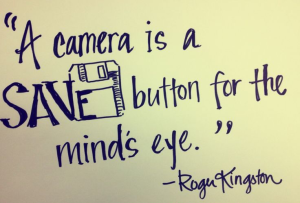 In the final section of part 2 we’ll discuss, “Part 2c: Capture Medium – Film is better than digital in…”.

What?! Again?! Don’t act suprised, you should have seen that coming…

3 thoughts on “Part 2b: Capture Medium – Digital is better than film in…”